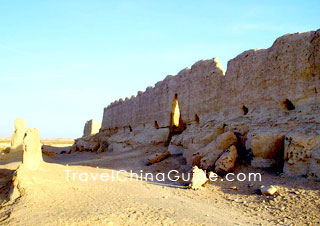 The history of the Great Wall is said to start from the Spring and Autumn Periods when seven powerful states appeared at the same time. In order to defend themselves, they all built walls and stationed troops on the borders. At that time, the total length of the wall had already reached 3,107 miles, belonging to different states. 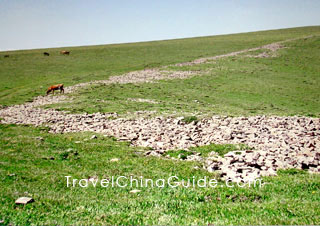 In 221 BC, the Emperor Qin absorbed the other six states and set up the first unified kingdom in Chinese history. In order to strengthen his newly born authority and defend the Huns in the north, he ordered connecting the walls once built by the other states as well as adding some sections of his own. Thus was formed the long Qin's Great Wall which started from the east of today's Liaoning Province and ended at Lintao, Gansu Province. 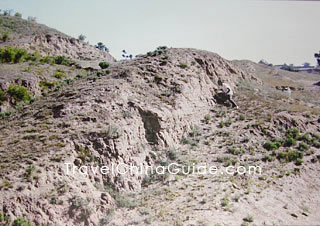 In the Western Han Dynasty, the Huns became more powerful. The Han court started to build more walls on a larger scale in order to consolidate the frontier. In the west, the wall along the Hexi corridor, Yumenguan Pass, and Yangguan Pass was built. In the north, Yanmenguan Pass and Niangziguan Pass in Shanxi were set up. Many more sections of the wall extended to Yinshan Mountain and half of the ancient Silk Road was along the Han's wall.

The Northern Wei, Northern Qi and Northern Zhou Dynasties all built their own sections but on a smaller scale than the walls in the Han Dynasty. The powerful Tang Dynasty saw peace between the northern tribes and central China most of the time, so few Great Wall sections were built in this period.

The Ming Dynasty is the peak of wall building in Chinese history. The Ming suffered a lot by disturbances from minority tribes such as the Dadan, Tufan and Nuzhen. The Ming court from its first emperor to the last ceaselessly built walls in the north. The main line started from Jiuliancheng near the Yalu River in the east to the Jiayuguan Pass in the west and measured over 4,600 miles. Besides adding many more miles of its own, the Ming emperors ordered enlargement of the walls of previous dynasties into double-line or multi-line walls. For example, out of Yanmenguan Pass were added three big stone walls and 23 small stone walls. Eleven Garrisons were distributed along the main line of the wall. The countless walls, fortresses, and watch towers made the country strongly fortified. In the early Qing Dynasty, some sections of the walls were repaired and several sections were extended. This great engineering work stopped in the middle of the Qing Dynasty.

Owing to its long history, natural disasters and human activities, many sections of the Great Wall are severely damaged and disappearing. Being a world-famous engineering project and witness to the rise and fall of Chinese history, the Great Wall, needs us to take immediate action to protect it!