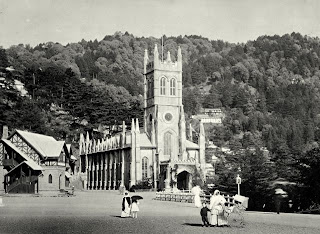 Shimla District lies between the longitude 77o-0" and 78o-19" east and latitude 30o-45" and 31o-44" north. It is bounded by Mandi and Kullu in the north, Kinnaur in the east, the state of Uttaranchal  in the south, Sirmaur, district in the west. The elevation of the district ranges from 300 to 6000 metres.  The topology of the district is rugged and tough. Shimla district derives its name from Shimla town which was once a small village. Shimla district in its present form came into existence from 1st Sept,1972 on the reorganisation of the districts of the state. 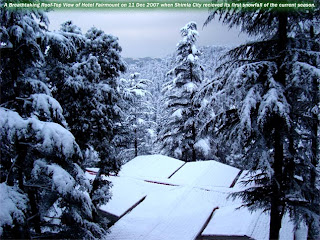 History of Shimla goes back to the period of Anglo-Gurkha war in the beginning of 19th century.  In 1804 the Gurkhas , who had suffered a severe defeat at the hands of the Sikhs at the battle of Kangra, a hill fortress about sixty miles from Shimla, where according to some accounts they lost thousand of men in the fight and many others from disease, commenced to ravage the states and hills surrounding Shimla. Gurkhas built many forts around Shimla. One of these strongholds, the Jagatgarh  fortress, was the origin of the modern
Jutogh, the well known military cantonment adjoining Shimla. By 1808 the invaders had conquered  all the fortified posts between the Jamuna and Satluj, and from their capital Arki began their ruthless rule over the neighbouring  hill states, untill at length the people in their wretchedness appealed to the British for help. A small British force under Major General 'Sir David Ochterlony' was despatched to liberate the hill men from Gurkhas. Majority of hill chiefs responded to the call and joined the British forces. The rivals  were engaged in the toughest battle at 3750 ft high Ramgarh fort at Nalagarh. A decisive battle took place near the fort at Malaon in which superior guns of the British overpowered the enemy. The battle of Malaon on 15th May 1815 ended the dream of the Gurkhas, to rule over this part of the land for any longer. After few days, an official declaration was made according to which all Chieftains who had joined British in expelling the Gurkhas were restored with their land under the British protection. The maharaja of Patiala who has also rendered invaluable services to the British was rewarded with land in the neighbourhood of the area now comprising Shimla. After the defeat of Gurkhas they were forced to sign the 'Treaty of Sanjauli' . The company retained the strategic forts of Sabathu, Kotgarh, Ramgarh and Sandoch. 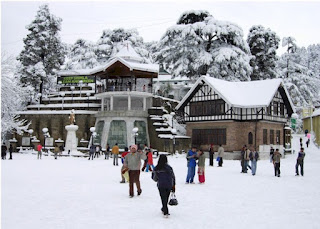 Bushahr was one of the oldest of the hill states after Kashmir in the Western Himalayas. According to one legend .the Bushahr dynasty was founded by 'Pradhuman', the son of Lord Krishna. In order to marry the daughter of Banasur, the local chief of shonitpur(Sarahan), Pradhuman is said to have come to that place and after the death of Banasur in an encounter with him, he became the chief of Bushar and Kinnaur regions, since Banasur has no son. According to C.F.Kennedy , Bushar was founded by Danbar Singh an immigrant Rajput from Deccan in 1412 A.D. In 1914  Britishers recognised  Padam Singh as legitimate heir and was crowned Raja of Rampur Bushahr. Ultimately in March, 1948  Rampur Bushahr became part and parcel of  province of Himachal Pradesh.

Jubbal one of the Shimla Hill States with an area of 288 Sq miles was originally tributary to Sirmaur, but after Gurkha war, it became independent. Raja Karam Chand was the founder of the Jubbal State. Jubbal merged with the Indian Union after independence and became a part of Himachal Pradesh on 15th April, 1948. at the time of merger 'Dig Vijay Singh ' was the ruler of the state.

Shimla District in its present form came into existence from 1st September 1972 on the reorganisation of the districts of the state. After the reorganisation , the erstwhile Mahasu district lost its entity and its major portion was merged with Shimla.  Shimla district derives its name from Shimla town, the district headquarters and now state capital of Himachal Pradesh 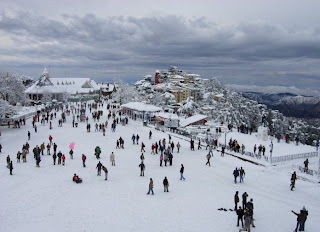 Shimla is the Capital Town of Himachal Pradesh. It was formerly the summer capital during the British Rule. The town of Shimla is built over several hills and connecting ridges. The important hills are  Jakhu(8050 ft), Prospect Hill (7140 ft), Observatory Hill ( 7050 ft), Elysium Hill (7400 ft), and Summer Hill (6900 ft).  There is a great controversy over the origin of the name Shimla.  The name Shimla was derived from 'Shyamalaya' meaning   blue house said to be the name of house built of blue slate by a faqir on Jakhu. According to one version Shimla takes it name from 'Shamla' meaning a blue female another name for Goddess Kali. The place was on the Jakhu Hillside, there was a temple of Goddess Kali. During the British period the image of the Goddess was shifted to a new place ,now famous Kali Bari Temple. Shimla remained unnoticed during the Gurkha War.  It was only in 1819 A.D. that the then Assistant Political Agent of hill states Lt. Ross set up first British residence, a mere wood cottage. His successor Lt. Charles Patt  Kennedy' errected the first pucca house in 1822 named after Lt. Kennedy as 'Kennedy House'. 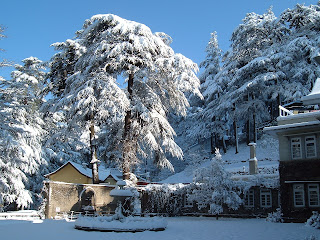 The construction of Hindustan Tibet road was started in 1850-51 commencing from Kalka and first lap was upto Shimla. The Road upto Shimla came to be used for wheeled traffic by 1860. A 560 feet long tunnel was constructed  beyond Sanjauli.

In 1864 Shimla was declared as the summer capital of India. After Independence, Shimla became the capital of Punjab and was later named the capital of Himachal Pradesh. In 1903 a rail line was constructed between Kalka and Shimla. 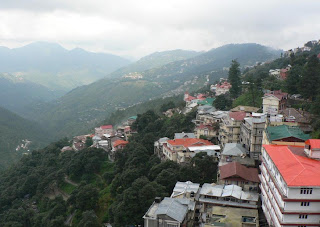 Shimla has been blessed with all the natural bounties, one can think of. Dwelling on a panoramic location, the hilly town is surrounded by green pastures and snow-capped peaks. The spectacular cool hills accompanied by the structures made during the colonial era create an aura, which is very different from other hill stations. Bulging at its seams with unprecedented expansion, Shimla retains its colonial heritage, with grand old buildings, among them are the stately Viceregal Lodge, Charming iron lamp posts and Anglo-Saxon names. The Mall, packed with shops and eateries, is the centre of attraction of the town, and Scandal Point, associated with the former Maharaja of Patiala's escapades, offers a view of distant snow clad peaks. In 1946 leaders of the Indian nationalist movement came to Shimla for a crucial conference that paved the way to Independence. Shimlaâ€™s legacy of British control has left in somewhat of Aesthetic anomaly: an Indian town, a state capital, no less that looks and feels like a village in Northern England.


The completion of the Kalka-Shimla narrow-gauge railway line, in 1903, gave a fillip to the towns development. After Independence, Shimla was initially the capital of Punjab. Following the creation of Himachal Pradesh, in 1966, it was designated the capital of the  Himachal Pradesh.
Posted by Saahil at 14:43