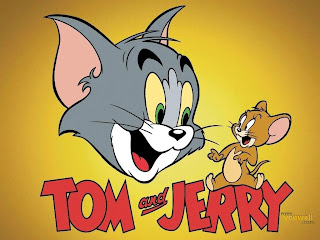 Tom and Jerry, two of the most honored cartoon characters in motion pictures, were created by William Hanna and Joseph Barbera for Metro-Goldwyn-Mayer. Their plot centered on a never-ending battle, in other words, a chase between a housecat and a brown mouse. The Hanna- Barbera duo had written and directed 114 Tom and Jerry cartoons from 1940 to 1957, at the MGM cartoon studio in Hollywood. The pair won a total of 7 Oscar awards for Best Animated Short Subject, more than any other character-based theatrical animated series. The series has also been named as the ‘Greatest Television Shows of All Time’ by TIME, in 2000. Tom and Jerry was also placed at the 66th position, in the ‘Top 100 Animated TV Shows’ by IGN, in January 2009. Read on to know interesting and amazing information on the history, origin and background of Tom and Jerry. 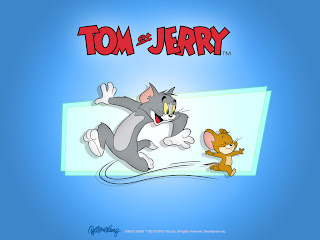 Joseph Barbera, a storyman and character designer, paired up with an experienced director, William Hanna to create a cat-and-mouse cartoon. The first cartoon was titled ‘Puss Gets the Boot’ and it released in theatres on February 10, 1940. Having lost to another MGM cartoon at the Academy Awards, Hanna and Barbera held a contest to give the cat and mouse a new name and look. Animator John Carr won the contest, with his suggestion of Tom and Jerry. The series went into production and eventually, Hanna and Barbera went on to direct only the cat-and-mouse cartoon, for the rest of their tenure at Metro-Goldwyn-Mayer (MGM). 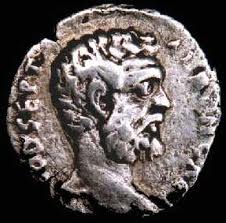 Money is anything that is commonly accepted by a group of people for the exchange of goods, services, or resources. Every country has its own system of coins and paper money.
Bartering and Commodity Money
In the beginning, people bartered. Barter is the exchange of a good or service for another good or service, a bag of rice for a bag of beans. However, what if you couldn't agree what something was worth in exchange or you didn't want what the other person had. To solve that problem humans developed what is called commodity money.

A commodity is a basic item used by almost everyone. In the past, salt, tea, tobacco, cattle and seeds were commodities and therefore were once used as money. However, using commodities as money had other problems. Carrying bags of salt and other commodities was hard, and commodities were difficult to store or were perishable. 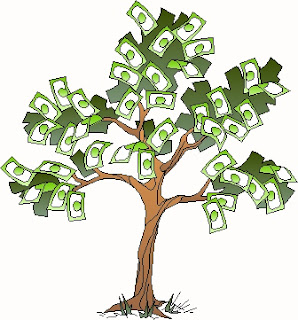 Coins and Paper Money
Metals objects were introduced as money around 5000 B.C. By 700 BC, the Lydians became the first in the Western world to make coins. Countries were soon minting their own series of coins with specific values. Metal was used because it was readily available, easy to work with and could be recycled. Since coins were given a certain value, it became easier to compare the cost of items people wanted.

Some of the earliest known paper money dates back to China, where the issue of paper money became common from about AD 960 onwards.

Representative Money
With the introduction of paper currency and non-precious coinage, commodity money evolved into representative money. This meant that what money itself was made of no longer had to be very valuable.

Representative money was backed by a government or bank's promise to exchange it for a certain amount of silver or gold. For example, the old British Pound bill or Pound Sterling was once guaranteed to be redeemable for a pound of sterling silver.

For most of the nineteenth and twentieth centuries, the majority of currencies were based on representative money through the use of the gold standard.

Fiat Money
Representative money has now been replaced by fiat money. Fiat is the Latin word for "let it be done". Money is now given value by a government fiat or decree, in other words enforceable legal tender laws were made. By law the refusal of "legal tender" money in favor of some other form of payment is illegal. 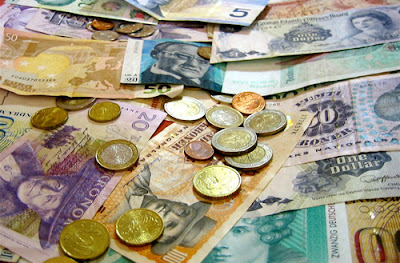 $$$
The origin of the "$" money sign is not certain. Many historians trace the $ money sign to either the Mexican or Spanish "P's" for pesos, or piastres, or pieces of eight. The study of old manuscripts shows that the "S," gradually came to be written over the "P," looking very much like the "$" mark.

U.S. Money Trivia
On March 10, 1862 the first United States paper money was issued. The denominations were $5, $10, and $20. They became legal tender by Act of March 17, 1862. The inclusion of "In God We Trust" on all currency was required by law in 1955. The national motto first appeared on paper money in 1957 on $1 Silver Certificates, and on all Federal Reserve Notes beginning with Series 1963.