History Of The Kingdom of Urartu 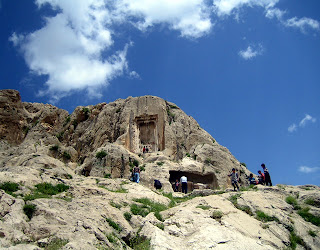 One of the great chapters in the history of Armenia is or should be the epic of the monarchy which the Assyrians called Urartu, but which was known to the Hebrews as Ararat. Herodotus called its people Alarodians. Urartu is regarded by history today as one of the earlier incarnations of Armenia. In Urartu was manifest not only the indomitable fighting spirit of the later Armenians, but also the same tendency towards development of a higher culture. As a noted authority, H. A. B. Lynch, remarks, Urartu was "no obscure dynasty which slept secure behind the mountains, but a splendid monarchy which for more than two centuries rivalled the claims of Assyria to the dominion of the ancient world." 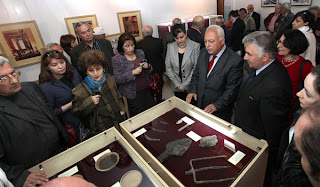 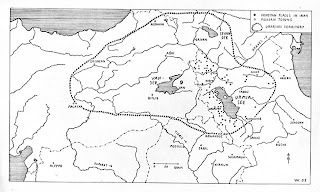 As a nation, it lived through many more centuries than that, but it was only between 860 and 585 B.C. that it actually disputed with Assyria the right to dominate western Asia. Its beginnings are lost in the mists of pre-history. Its people must have migrated from somewhere to the west into the Armenian plateau, then for the most part known as Nairi. They called themselves Khaldians or children of the god Khaldis, just as the name of the Assyrians reflects the name of their god Assur. The cuneiform characters of their inscriptions were for centuries Assyrian; but later on the language changed to or was absorbed in the local one. The Assyrian was a Semitic language, while Urartean was neither Semitic nor Indo-European. Urartean culture is believed to have been similar to the Hittite and Assyro-Babylonian, blended with native characteristics. The later Urartean monuments still hold a mystery for us as to their affinity with the Armenian language, witness of a glorious past. It has not yet been possible to decipher these inscriptions with any aid from the Armenian language. N. Marr, Nikolsky, Lehmann-Haupt and earlier scientists have classified them as in the Japhetic speech-group, and the Armenian experts, A. Calantar and G. Ghapantsian, agree in this finding. Professor Nikolsky has found hundreds of words, both nouns and verbs, showing affinity between the Urartean and the modern Utean. As early as 1879 H. Hübschmann pointed out in the Urartean inscriptions several words and suffixes — such as ili, ini, and uni — borrowed from Caucasian idioms, especially Georgian and Aghouanian (Albanian).

History Of the Byzantine Empire 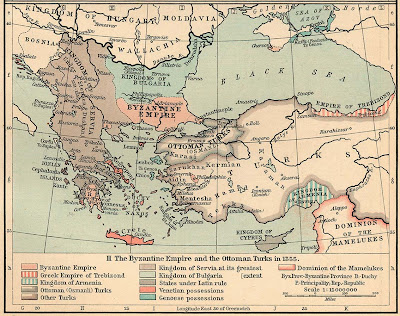 Constantine, now in firm command of the entire Roman empire (the first man for a long while to be in that position), is planning another initiative as significant as his adoption of Christianity. Immediately after the defeat of Licinius he sets about rebuilding Byzantium as a Christian capital city - one in which pagan sacrifice, the central rite of imperial Rome until this time, is specifically forbidden.

The city is ready by AD 330 for a ceremony of inauguration. Byzantium acquires two new names - New Rome and Constantinople, the city of Constantine. The Roman empire, within eighteen years of Constantine's first victory, has a new religion, a new centre of gravity and a significant change of culture.

Greece has always been the main cultural influence on Rome, and Greek is the language of the inhabitants of Byzantium. With the founding of Constantinople, the older culture effectively absorbs its vigorous younger challenger. Even the name Constantinopolis is Greek (polis meaning city).

Byzantium offers the Roman emperor a clear strategic advantage as a centre of operation, for it is much closer than Rome to the threatened regions of the empire.

The main problems in the past century have been defending the Balkans from invaders beyond the Danube and protecting the Middle East from the Persians. Byzantium, renewed now as Constantinople, sits firmly between these troubled regions.