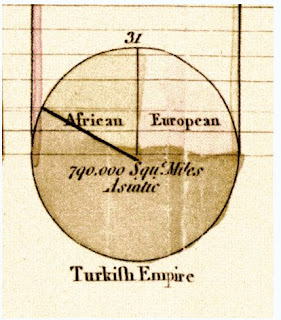 In the long history of the number π, there have been many twists and turns, many inconsistencies that reflect the condition of the human race as a whole. Through each major period of world history and in each regional area, the state of intellectual thought, the state of mathematics, and hence the state of π, has been dictated by the same socio-economic and geographic forces as every other aspect of civilization. The following is a brief history, organized by period and region, of the development of our understanding of the number π.

In ancient times, π was discovered independently by the first civilizations to begin agriculture. Their new sedentary life style first freed up time for mathematical pondering, and the need for permanent shelter necessitated the development of basic engineering skills, which in many instances required a knowledge of the relationship between the square and the circle (usually satisfied by finding a reasonable approximation of π). Although there are no surviving records of individual mathematicians from this period, historians today know the values used by some ancient cultures. Here is a sampling of some cultures and the values that they used: Babylonians - 3 1/8, Egyptians - (16/9)^2, Chinese - 3, Hebrews - 3 (implied in the Bible, I Kings vii, 23).

The first record of an individual mathematician taking on the problem of π (often called "squaring the circle," and involving the search for a way to cleanly relate either the area or the circumference of a circle to that of a square) occurred in ancient Greece in the 400's B.C. (this attempt was made by Anaxagoras). Based on this fact, it is not surprising that the Greek culture was the first to truly delve into the possibilities of abstract mathematics. The part of the Greek culture centered in Athens made great leaps in the area of geometry, the first branch of mathematics to be thoroughly explored. Antiphon, an Athenian philosopher, first stated the principle of exhaustion (click on Antiphon for more info). Hippias of Elis created a curve called the quadratrix, which actually allowed the theoretical squaring of the circle, though it was not practical.