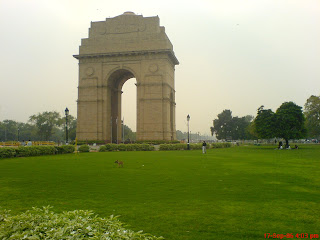 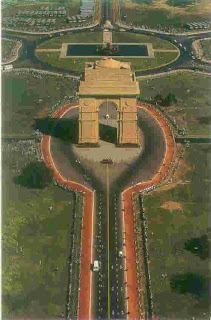 Also known as the 'All India War Memorial', the India Gate India Gate in Delhi was constructed as a memorial in honor of 90,000 soldiers who sacrificed their lives during World War I and also the Third Anglo Afghan War. 'Amar Jawan Jyoti' or the flame of the immortal warrior is burning under it since 1971. The eternal flame reminds one of the sacrifices of those brave soldiers who lost their precious lives in an attempt to protect the countr
India Gate in Delhi at present is a famous relaxation for the local people of Delhi in summer evenings and a popular picnic spot in winter months. The popular India Gate is located at the heart of the capital, and easily accessible by the tourists. Delhi India Gate lies at the east end of Janpath that leads to the Rashtrapati Bhawan.
India Gate offers a variety of entertainment. The whole day can be spent by watching monkey performance, riding a camel, viewing the soap bubbles that is blown all over the lawns of the India Gate, playing with balloons and more. In the evening, Delhi's India Gate is crowded with evening walkers as well as tourists and mobile vendors. You can taste the typical Indian fast foods, 'fruit chaat', 'bhelpuri', 'chana jor garam', 'dal ka pakodas', aerated drinks from the arcade of vendors stationed there.
Posted by Saahil at 15:26