There is more to Bharatpur than the national park though that's the major claim to fame. It was closely linked with the ancient kingdom of Matsya Desh, which finds mention in Mahabharata. It was also a flourishing town during the second century BC (late Mauryan era). Sculpture and shards of pottery belonging to that period have been found at nearby Noh, on the Agra road.

Unlike the rest of Rajasthan, Bharatpur and its environs are peopled by Jats. A loose confederacy of Jats, formed in the late 17th century, began to make its presence felt by systematically attacking the surrounding countryside. By the middle of the 18th century, they came to control a large area west of the Yamuna River between Delhi and Agra. Around this timework began on the Bharatpur fort and continued for as many as 60 years!

Bharatpur fort was the citadel of the Jat chieftain, Raja Surajmal, who earned himself a place in history by plundering the Taj Mahal and Red Fort in the sunset years of Mughal rule. He built this fort as a point of resistance against the British. Laying siege to it in 1805, Lord Lake hung on grimly for four months but had to retreat in the face of the heaviest looses ever suffered by the British up to that time. 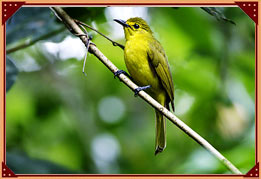 The sanctuary is situated a couple of kilometers from Bharatpur town. Till the late 19th century it was generally like the surrounding countryside-part scrub, part woodland and tending to be dry. But there was a difference. Year after year, during the monsoons, a slight depression spread over a considerable area trapped rainwater and wildfowl homed in on the unexpected bonanza. The maharaja recognized the potential of the place. Rather than wait for a liberal monsoon, he decided to increase the supply of water by diverting some from a nearby irrigation canal. He also constructed small dams and dykes to hold the water, the idea being to turn the area into the best wildfowl hunting preserve in north India.

The maharaja's planning paid off. The new ecosystem flourished way beyond expectation, so much so that today it is able to support thousands of water birds for months on end. For several years the maharaja celebrated his success by throwing extravagant shooting parties for British dignitaries and other Indian princes. But surprisingly birds continued to converge on the habitat. In 1956 the hunting preserve became a sanctuary and subsequently a national park.