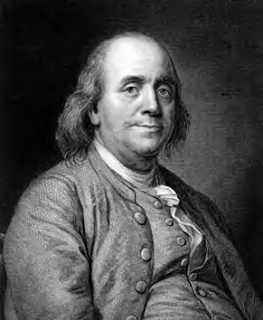 Starting With Mr. Edison and
Ben Franklin His Light
Many people think Benjamin In 1879, Thomas Edison
Franklin discovered electricity focused on inventing a
with his famous kite-flying practical light bulb, one that
experiments in 1752, but would last a long time before
electricity was not discovered burning out. The problem was
all at once. At first, electricity finding a strong material for
was associated with light. the filament, the small wire
People wanted a cheap inside the bulb that conducts
and safe way to light their electricity. Finally, Edison used
homes, and scientists thought ordinary cotton thread that
electricity might be a way. had been soaked in carbon.
This filament didn’t burn at
all—it became incandescent;
that is, it glowed. 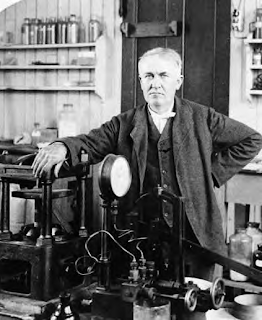 Image courtesy of NOAA Photo Library
The Battery
Learning how to produce
and use electricity was not
easy. For a long time there
was no dependable source
of electricity for experiments.
Finally, in 1800, Alessandro
Volta, an Italian scientist, made
a great discovery. He soaked
paper in salt water, placed zinc
and copper on opposite sides
of the paper, and watched the
chemical reaction produce
an electric current. Volta had
created the first electric cell.
By connecting many of these Alessandro Volta
cells together, Volta was able
to “string a current” and create
a battery. It is in honor of Volta that we measure battery power
in volts. Finally, a safe and dependable source of electricity was
available, making it easy for scientists to study electricity. 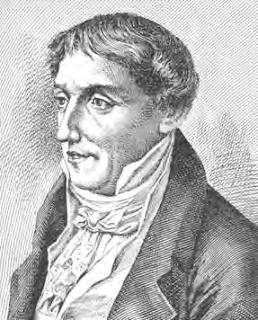 A Current Began
An English scientist, Michael Faraday, was the first one to realize that
an electric current could be produced by passing a magnet through
a copper wire. It was an amazing discovery. Almost all the electricity
we use today is made with magnets and coils of copper wire in giant
power plants.
Both the electric generator and electric motor are based on this
principle. A generator converts motion energy into electricity. A
motor converts electrical energy into motion energy.
42
Image courtesy of U.S. Library of Congress
Thomas Edison in his lab in 1901.
The next challenge was developing an electrical system that could
provide people with a practical source of energy to power these new
lights. Edison wanted a way to make electricity both practical and
inexpensive. He designed and built the first electric power plant that
was able to produce electricity and carry it to people’s homes.
Edison’s Pearl Street Power Station started up its generator on
September 4, 1882, in New York City. About 85 customers in lower
Manhattan received enough power to light 5,000 lamps. His
customers paid a lot for their electricity, though. In today’s dollars,
the electricity cost $5.00 per kilowatt-hour! Today, electricity costs
about 12 cents per kilowatt-hour for residential customers, and
about 7 cents per kilowatt-hour for industry.


AC or DC?
The turning point of the electric age came a few years later with
the development of AC (alternating current) power systems. With
alternating current, power plants could transport electricity much
farther than before. In 1895, George Westinghouse opened the first
major power plant at Niagara Falls using alternating current. While
Edison’s DC (direct current) plant could only transport electricity
within one square mile of his Pearl Street Power Station, the Niagara
Falls plant was able to transport electricity more than 200 miles!
Electricity didn’t have an easy beginning. Many people were
thrilled with all the new inventions, but some people were afraid
of electricity and wary of bringing it into their homes. Many social
critics of the day saw electricity as an end to a simpler, less hectic way
of life. Poets commented that electric lights were less romantic than
gas lights. Perhaps they were right, but the new electric age could
not be dimmed.
In 1920, only two percent of the energy in the U. S. was used to make
electricity. Today, about 41 percent of all energy is used to make
electricity. As our use of technology grows, that figure will continue
to rise.