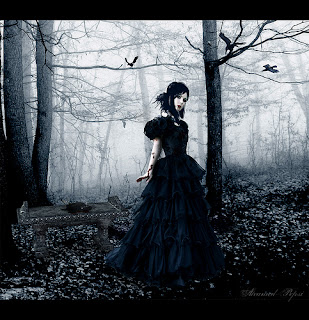 The Evolution of Vampires

We currently live in a pop culture world that seems obsessed with vampires. From gothic vampire novels, to endless movies, television and art, the vampire archetype continues to grow in popularity and sophistication.

What is behind this seeming obsession with vampires, in our western culture? Why does this archeype endure? What does the vampire have, or do, that makes him/her so attractive and compelling? When did the transformation occur, from foul miscreant to suave tragic hero? Who is the vampire - really?
Vampire culture seems in stark contrast with the current technological age and advances in science. Starting out in the dim and obscure recesses of Eastern European folk tales and legends, the vampire has reached center stage in modern pop culture. From foul revenant of the grave, to super hero status within 100 years of evolution. Why? 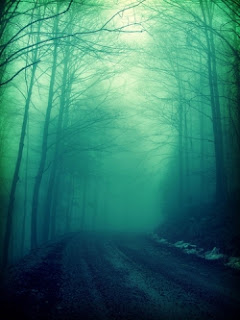 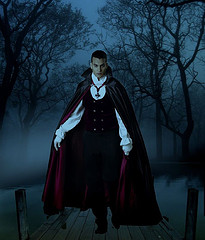 The vampires of folk history were totally repugnant creatures. They were depicted as crude, foul smelling, reanimated corpses, with a single parasitic-like motivation for blood. They are never actually observed in their vampire state, by the living, but their existence is confirmed by circumstantial evidence within the surrounding community.

The evidence for the existence of a vampire was thought to include such things as the sudden deaths of citizenry and livestock, under unclear or questionable circumstances. Also indicative of vampirism, was the sudden onslought of mysterious disease symptoms, especially those causing pale skin coloration and slow physical wasting (like tuberculosis - which was rampant and contagious during the 19th century in Europe and the U.S.).

Along comes a traveling vampire hunter, often a clergyman or other supposed learned person, with a specific knowlege of vampires and vampirism, and the cure.

The only cure of course, for the wretched, eternally damned vampire and for the welfare of the entire community, was to find the grave of the suspected vampire/corpse, dig it up, cut-off it's head and drive a wooden stake through it's heart.

Now the dug-up vampire/corpse would show certain characteristics that would confirm the vampire identity. These vampire/corpse characteristics included such things as long fingernails (supposed proof of continued life), reddened lips, cheeks and fingers, and finally, blood remaining in the heart, demonstrated when the stake was driven in.

There are actually many historical, documented cases in the U.S. and Europe where vampire hunts were conducted, along with the grisly cures. I will provide one such example from the State of Connecticut in the late 19th century.


The Bizarre but True Story of a Vampire in 19th Century Rhode Island
Enter the real Vampire Hunters! 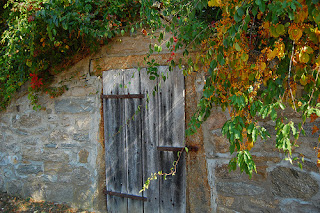 The story of the last official case of vampirism in the U.S. is that of 19 year old Mercy Brown of Exeter, Rhode Island, who died on January 17,1892.

The Browns were an upstanding farming family and pillars of their community. Mercy died of consumption (tuberculosis), which had previously killed her mother and sister and which now also seriously affected her brother, Edwin.

Mercy's father, George Brown was now faced with losing his entire family to this then misunderstood and incomprehensible disease. He was frantic and there were no answers available from science or medicine to help. 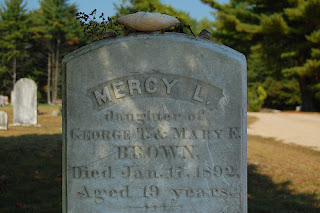 To save his son and only remaining relative, Edwin gave-in to the folklore suggestions of some of his neighbors, who felt the situation was indicative of vampirism in their community. It was asserted that the deaths and illnesses of his family were caused by vampirism. Son Edwin was slowly wasting away and it was necessary to immediately put an end to the vampirism in the Exeter community.

Mercy had been laid to rest in a temporary above ground crypt behind the Baptist Church in Chestnut Hill Cemetery. The ground was frozen in January and she could not be buried until Spring. On March 17,1892, George Brown and a group of neighbors went to the cemetery and inspected Mercy's body. Finding the body suspiciously well preserved, they cut out her heart and burned it on a rock - later mixing the ashes in a liquid concoction which they gave to Edwin to drink (as a cure). Mercy's desecrated remains were then reburied in a plot next to her sister and mother. Mercy's brother Edwin was not cured and died two months later.

Thus ends this tragic, but true tale of vampirism in the U.S. Unfortunately, due to the prevailing folklore and superstitions in the 19th century and the pervasive spread of consumption, these bizarre practices often occurred in Europe and the U.S. 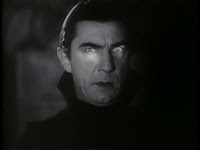 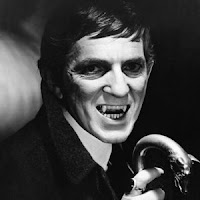 In 1897, with the publishing of his novel "Dracula," Bram Stoker succesfully transforms the image and the conventions of the Vampire from lowly sub-human parasite, to that of an intelligent, but somewhat evil superhero. Count Dracula resides in a castle, has superhuman powers and unlimited material wealth. He is a mysterious and genious intellect, who is (almost) immortal.

The new vampire is fantastically seductive and is almost omnipotent in his knowlege and power over humans.

However, he is a tragic hero who's eternal damnation and demise can be hastened by sunlight, and wooden stakes through the heart. He is also vulnerable to the beauty and innocence of attractive mortal women, who he must pursue, corrupt and discard.

Although impressively handsome and lonely, he can no longer experience the love and true companionship of a mortal woman and is surrounded by shallow creatures he has already corrupted and who once corrupted, can no longer be desired or loved.

The new literary vampire is incredibly popular, as the attractive, evil protagonist of the new Victorian Gothic novel. He becomes an enduring symbol of the anti hero.

Some writers have suggested that the Dracula novel represents the underlying sexual repression of Victorian society and the desire for male domination and the subjugation of women.

Clearly the dark lover representing dangerous and forbidden sex would have been a popular character in a society where open sexual expression was forbidden to women. Vampires embodied both forbidden sexuality and escape from death but their wretched form of existence was punishment for their transgression.

I think there are lots of subtle and not so subtle reasons that vampires have become a hit in our popular culture. They have truly become The Anti-hero" to which other anti-heros aspire (this would include other undead and revenant corpse types, such as zombies and those filthy shaggy werewolves). Let's consider the modern vampire myth and what it offers, primarily to the young.

1). Vampires are sexually attractive and charismatic.

2). They have superhuman intelligence and powers, such as the ability to fly and to crawl through tight spaces.

3).They can use mind control and telepathy with humans to get what they want.

4). They inspire fear and nobody messes with them without suffering dire consequences.

5). Vampires have pretty much conquered death and achieved immortality. Modern vampires have even developed a remarkable vaccine which allows them to function as normal humans during the day and to hide their true vampire identity (dude!).

6). Vampires can also use their powers to enslave other lowly creatures, such as wild animals and werewolves to do their dirty work for them.

7). Vampires are really starting to come around and to form loving relationships with humans. It is now the opinion of many, that vampires have been grossly mistreated and misunderstood in the past and that they have endured centuries of cruelty and wooden stakes through the heart, from ignorant humans.

Of course there is also a downside to being a modern vampire as well.

1).The vampire is still a symbol of fear and evil and no one wants to be on their dinner menu.

2). Drinking blood is still considered pretty gross and disgusting and most would cringe at a 100% blood diet.

3). Killing other people, even for food reasons, is unpleasant and still totally unacceptable in modern society.

4). It's also still a fact that vampires have few real friends and have to stay constantly on the move to avoid the zealous vampire hunters wishing to send them to eternal hell!

Vampires are interesting symbols which have truly come alive and evolved through literature and the gothic romance. A great escape from everyday life where real danger and evil are not always so apparent or interesting. The real fear and superstition of vampires has been transformed into an impotent but entertaining media genre in little more than 100 years time.