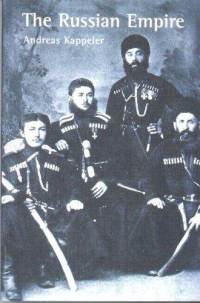 To understand the complex history of Jews in Russia,
one must begin with a fundamental distinction, often effaced in the
historiography and popular memory, between Russia as a stateâ€”the Russian
Empire, the Soviet Union, and since 1991, the Russian Federationâ€”and the
geographically much smaller entity of ethnic Russia. Until the 1720s, there
were essentially no Jews in the Russian Empire except for travelers and
migrant merchants, and the Russian state forbade Jews from settling in its
interior, out of
traditional
Christian hostility. 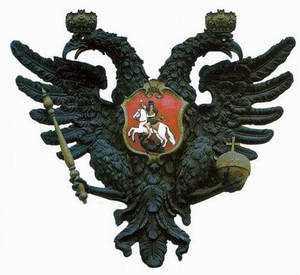 A group of Jewish soldiers in the tsarist army,
Troitskossovsk, 1887. (YIVO Archives)
It was only
in the early
decades of the
eighteenth
century, when the
rulers of the
Russian Empire
started to expand
westward, after
more than a
century of
eastward inroads
and annexation
(into territories in
which Jews did not
live), that Jews began to move into areas of the Russian Empireâ€”not Russia
proper. Thus, after Peter the Great conquered the areas connecting Muscovy
and the Baltic Sea, and especially after Catherine the Great colluded with
Prussia and Austria to divide and annex the Polish-Lithuanian
Commonwealth (1772, 1793, 1795), the Russian Empire gradually included
the largest Jewish population in the worldâ€”a reality that persisted until the
division of this territory in the aftermath of World War I. In this century and

a half, however, the vast majority of Jews did not live in ethnic Russia itself
but in the Lithuanian, Belorussian, and Ukrainian provinces of the Russian
Empire, and in the Kingdom of Poland, a region controlled by the tsars but
not formally annexed to the empire. Throughout the nineteenth century, and
especially in its latter half, Jews with special privileges settled legally in
Saint Petersburg, Moscow, and other Russian cities, where they were joined
by larger numbers of Jews living there illegally. In the Soviet period, at first
hundreds of thousands and then millions of Jews migrated to the interior
provinces of Russia, particularly to the capital cities of Moscow and
Leningrad. The substantial presence of Jews in these cities (with Leningrad
reverting to its imperial name of Saint Petersburg) and in other parts of
Russia continued in the post-Soviet period. .........

The Russian State and the Jews. Scholarly literature has described the
history of the relationship between Jews and the Russian state in two
fundamentally opposing ways. The traditional school, founded by the
historian Simon Dubnow in the late nineteenth century, saw Jews as the 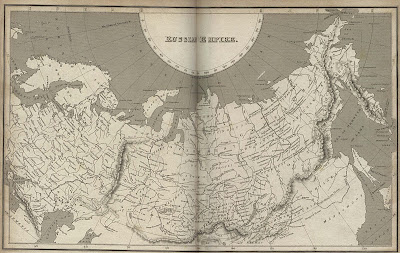 preeminent victims of tsarist autocracy, whose treatment of the Jews was
marked and defined by governmental antisemitism. Dubnow deemed the
areas of the empire in which Jews were permitted to liveâ€”the so-called Pale
of Settlementâ€”the largest ghetto in the world, and considered all tsarist
legislation regarding Jews as motivated by prejudice and hatred, culminating
in pogroms that broke out against Jews in the late imperial period ostensibly
orchestrated by the Russian government itself. This view entered into the
popular consciousness and has shaped the way in which the descendants of
Russian Jews have viewed their own history for over a century.
In sharp contrast, a new school of Russian Jewish history writing
emerged in the 1970s and 1980s, first in the United States, then in Israel,
and finally in post-Soviet Russia itself. This school views the Russian stateâ€˜s
treatment of Jews comparatively, as part of the overall nationalities policy of
the empire, a policy always marked by contradiction and bureaucratic
ineptitude. In this view, antisemitism was not the motivating force of the
governmentâ€™s treatment of Jews, which in general was consistent with, or in
some cases milder than, its treatment of other groups. Jews were largely
permitted to continue their traditional way of life and education of their
young, as opposed to other minorities whose native languages and school
systems were outlawed by the state. Perhaps most controversially, the new
school of Russian Jewish historiography argues that pogroms against Jews
were not orchestrated or even approved of by the state, but were rather
spontaneous and unplanned outbreaks of urban violence caused by social and
economic forces beyond the control of the Russian army or police.
Most broadly, Russian government policy toward Jews can be
understood as the product of an unresolved tension between integration and
segregationâ€”a tension that resulted in contradictory laws and regulations,
persisting from the days of Catherine the Great (r. 1762â€“1796) to the fall of
the Romanov dynasty in the winter of 1917. Catherineâ€™s legislation regarding
Jews at one and the same time fostered their segregation from the rest of the
population by ratifying their communal autonomy and religious institutions
and encouraged their integration into the new administrative institutions
that she was creatingâ€”merchant guilds, urban government, and legally
defined artisan associations. The new classification of the Russian population
did not define Jews as an independent estate (called a soslovie in Russian),
but included them in urban estates: either in the townspeople estate
(meshchantstvo) or, if they were wealthy enough, in the merchant guilds
(kupechestvo). However, the fact that in many areas, and particularly in
Ukraine, Jews lived overwhelmingly in villages and rural settlements
contradicted Catherineâ€™s policies from their inception because rural residence was forbidden to members of the meshchantstvo estate. Thus, Jews were
implicitly exempted from a basic prohibition incumbent upon most members
of their estate. Periodically, this exception was lifted and Jews were banned
from the countryside and forced to move to towns and cities; these actions
(never terribly successful) were regarded by the Jews (and by some later
historians) as discriminatory and oppressive.
In general, the basic rules regarding Jewish residence constituted an
inchoate mixture of integrationist and segregationist intentions and realities:
in a state and legal system in which no one enjoyed the natural right to live
anywhere and where residence was regarded as a privilege extended by the
state, Jews were permitted to reside in the areas of the empire in which they
had lived at the time of annexation; legislation soon formalized these areas
into the Pale of Jewish Settlement. Applications of individual Jews to live
outside the Pale were almost always denied, but as the empire expanded,
particularly into the area known as New Russia (southern Ukraine), Jews
were permitted, and to some extent encouraged, to move into this new
terrain, which included the city of Odessa, soon to be one of the major Jewish
centers of the world. [See Pale of Settlement; Odessa.]
The tension between integration and segregation in Catherineâ€™s
legislation on Jews was only exacerbated in the latter years of her reign,
when in response to the French Revolution she retreated from
Enlightenment-based policies of reform and toleration. The brief reigns of
Peter III (1796) and Paul I (1796â€“1801) had little effect on Jewish policy, and
the same held true for the reign of Alexander I (1801â€“1825), during which
Jews basically retained the legal status they had held under Polish rule. 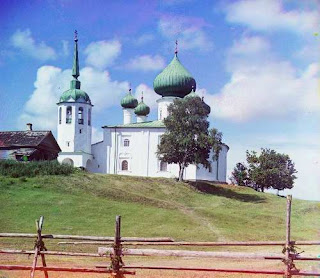 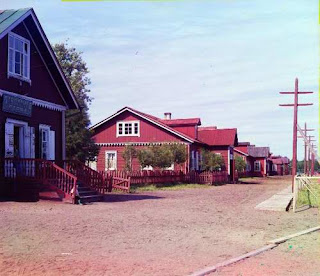 was interpreted ideologically as both proof of the enormity of Russian antiSemitism and the strength of the anti-tsarist forces in Russian society. [See
the biography of Beilis.] 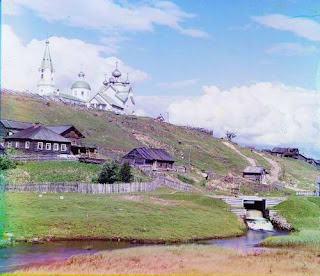 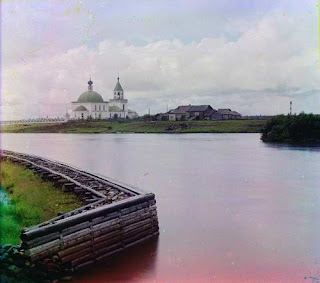 populist thought. Particularly crucial to the success of modern literary
culture in Yiddish were its three founding fathersâ€”Mendele MoikherSeforim (Sholem Yankev Abramovitsh), Sholem Aleichem (Sholem
Rabinowitz), and Y. L. Peretz. At the same time, as hundreds of thousands,
and then millions of Jews were learning to read, write, and think in Russian
(and smaller numbers in Polish), there emerged a fascinating Russian Jewish
and Polish Jewish culture that fulfilled the needs of a growing number of
Jewish youth who had a waning knowledge of Yiddish, and often no Hebrew
training at all. These two cultures often appealed to Jews drawn to Russian
and Polish liberal movements, which eschewed a Jewish separation while fighting for the emancipation of Jews (and all other minorities) within the
Russian Empire.
Between the Polish Partitions and the Russian Revolution, then, the
largest Jewish community in the world had changed dramatically in every
aspect of its existence. Russian Jewry was six times larger than it had been a
century and a half earlier, and thus faced exceptional difficult economic and
social challenges. It was rich and dynamic in cultural, religious, political, and
literary creativity, but also more and more divided, and often bitterly, along
new ideological and religious lines. Its legal and political status and
relationship with a changing state and its institutions bore little resemblance
to that of the early years of its entry into the Russian Empire. In sum,
Russian Jewry in 1917 was both an extraordinary creative and a deeply
troubled society, in ways no one could have anticipated and which scholars
are still attempting to chronicle and analyze.
BIBLIOGRAPHY
Simon Dubnow, History of the Jews in Russia and Poland (Philadelphia,
1916â€“1920); ChaeRan Y. Freeze, Jewish Marriage and Divorce in Imperial
Russia (Hanover, N.H., 2002); Edward Judge, Easter in Kishinev: Anatomy of
a Pogrom (New York, 1992); Eli Lederhendler, Road to Modern Jewish
Politics: Political Tradition and Political Reconstruction in the Jewish
Community of Tsarist Russia (New York, 1989); Michael Stanislawski, Tsa
Nicholas I and the Jews: The Transformation of Jewish Society in Russia,
1825â€“1855 (Philadelphia, 1983); Steven Zipperstein, The Jews of Odessa: A
Cultural History, 1794â€“1881 (Stanford, Calif., 1986)
Posted by Saahil at 11:54