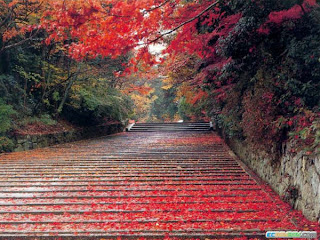 According to an ancient belief, Nainital was the site where one of Parvatiâ€™s eyes fell. When Parvati, the wife of Lord Shiva, the Hindu Destroyer of the Universe, died, Shiva was filled with grief and carried her corpse wherever he went. Parts of Parvatiâ€™s body fell on Earth, and her eye fell in Nainital, forming a large crater that became Naini Lake. In fact, Naini Lake derives its name from the Hindi word, naina, which means â€˜eyeâ€™.

Nainital remained â€˜undiscoveredâ€™ till 1839, when a sugar maker called P Barron found the huge lake amidst forested mountains. Following an intuition, Barron met the local chief, and tried to convince him to relinquish his claim on the region. But Barron had to handle this cleverly.
He took the chief for a boat ride on the lake, and offered him two options: either he give up Nainital, or drown in the lake. The chiefâ€™s common sense prevailed, and he signed a deed right then, abdicating his control over Nainital. The British built villas around the lake, and made Nainital their summer capital, along with Mussoorie.

Nainital suffered a drastic reversal on 18 September, 1880. The hill at the northern end of the lake on which stood the Victoria Hotel, was washed away by two days of incessant rain. Landslides crushed houses in their path, burying people alive.
Soon after, the hill over the Victoria Hotel collapsed, crushing a rescue team of soldiers and civilians. More than 150 people died in the landslides, after which the area was flattened, and is now known as the Flats.


Nainital is referred to in the â€˜Manas Khandâ€™ of the â€˜Skanda Puranaâ€™ as the Tri-Rishi-Sarovar,the lake of the three sages ,Atri,Pulastya and Pulaha who were reputed to have arrived here on a penitential piligrimage, and, finding no water to quench their thirst dug a hole and siphoned water into it from Mansarovar the sacred lake in Tibet.

The Second important mythological reference to Nainital is as one of 64 â€˜Shakti Peethsâ€™.These centres were created wherever parts of charred body of Sati fell ,when Lord Shiva was carrying around her corpse in grief .It is said that the left eye (Nain) of Sati fell here and this gave rise to patron deity of town Nainital . It is said that the lake is formed in the emerald eye shape . Naina Devi temple is located at the northern end of the lake . Thus name of Nainital derivated from Naina and the tal (Lake). 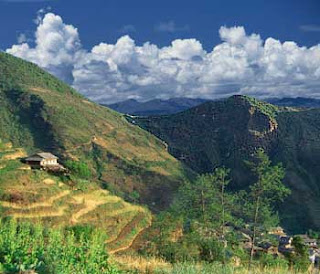 British Settlement
The british occupied Kumaon & Garhwal in 1815 .After the British Occupation ,E. Gardiner was appointed as the commissioner of Kumaun Division on Mayâ€™8th 1815 .In 1817 the second commissioner of Kumaun Mr. G.W. Traill has conducted the second revenue settlement of Kumaun , Mr. Traill was the first European to visit Nainital but he did not popularize his visit in respect for the religious sanctity of the place.

In the year 1839 an English businessman from Rosa , Mr. P. Barron a sugar trader and his friend an avid hunter strayed into the hills while hunting they got lost and while finding there way back chanced on the wondrous spot. So enamored was Barron with the vision of the placid lake that he left the sugar business and build a European Colony on shores of the lake .In 1841, Nainital appeared in issue of the â€˜Englishman Calcuttaâ€™ announcing the discovery of a lake in the vicinity of Almora. 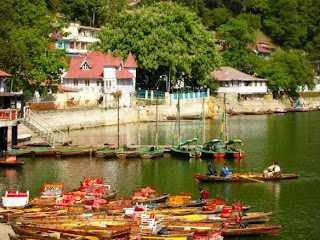 According to the earliest data available on tourist in Nainital by 1847, it had become a popular hill resort. On 3rd October 1850, the Nainital Municipal Board was formally constituted. It was the second Municipal Board of North Western Provinces. To catalyse the formation of a town the administration transferred land to the wealthy Sah community of Almora, on condition that they build houses on the land. In 1862, Nainital became the summer seat of the North Western Provinces. After it was made the summer Capital, a remarkable expansion of the town occurred with the growth of magnificent bungalows all around and construction of facilities such as marketing areas, rest houses, recreation centres ,clubs etc together with the secretariat and other administrative units. It also became an important centre of education for the British who wanted to educate their children in the better air and away from the discomforts of the plains.
Posted by Saahil at 14:07