The Eastern Zhou Dynasty is divided into two periods: the Spring and Autumn Period (770 BC - 476 BC) and the Warring States Period (476 BC - 221 BC).
Political History 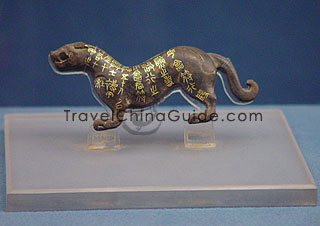 The Spring and Autumn period began when the capital was moved to Luoyi in 770 BC and named after the Spring and Autumn Annals written by Confucius. The period was one of turbulence and great changes took place in the economy, politics, military affairs and culture.

During the Spring and Autumn Period, there were over 140 states, and royal authority gradually lost its ruling position. Some powerful states developed quickly and began to annex weaker ones. Once the powerful ones won, they would force the defeated to acknowledge their rule. Five overlords declared their hegemony in succession in this period: they were Huangong of the Qi State, Xianggong of the Song State, Wengong of Jin, Mugong of the Qin and Zhuangwang of Chu. In Chinese history they are known as 'the Five Overlords in the Spring and Autumn Period'.


In the latter part of the Spring and Autumn period, two states, Wu and Yue became even more powerful and contended for overall hegemony. Finally Yue was defeated, and submitted to Wu. However, Gou Jian, the king of Yue, continuously galled by his defeat decided to seek revenge. Simultaneously, he trained his army, and developed agriculture. Eventually, Yue State became strong enough and defeated Wu.

According to recorded history, during the Spring and Autumn Period, there were over 480 wars, 52 vassal states were vanquished, and 36 kings were killed. 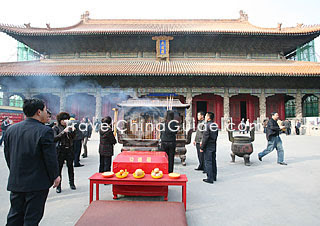 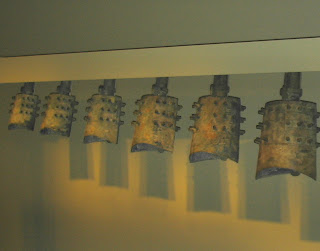 Compared with the Spring and Autumn Period, the Warring States Period was an even more turbulent age. Old traditions and systems were cast off, and new ones established.

After numerous wars, the more powerful states annexed the smaller ones. At last, seven powerful states coexisted with each other. They were Qi, Chu, Yan, Han, Zhao, Wei and Qin. In Chinese history, they are known as 'the Seven Overlords in the Warring States Period'.

The Period can be divided into two. The first period was from 475 BC to 338 BC. The period featured many political reforms and a stable society. To be prosperous, every state chose to carry out reforms. The most famous ones were Shang Yang's reform in Qin, Wu Qi's reform in Chu and Li Kui's in Wei. The economies developed quickly through this series of reforms.

The second period was from 338 BC to 288 BC. Strife was much fiercer as Qin claimed the hegemony in the west, and Qi in the east. In 221 BC, Qin annexed the other six states thus unifying China and ending the disorderly Warring States Period.

As the society was going through great changes during the Eastern Zhou Dynasty, there were many conflicts. Many people had their own attitudes and opinions about the changes in society. They developed their own doctrines and had many followers. Different doctrines affected and competed with each other. The main schools of thought were Confucianism set by Confucius, Taoism by Lao Zi, Mohism set by Mo Zi, and Legalism set by Han Feizi. All these schools of thought have influenced the Chinese people from generation to generation.

In agriculture, iron tools were adopted. Some tools like iron hoes and axes were widely used in farming. The use of ironware brought about marked improvement in social productivity. Agriculture was further developed due to the use of cattle in plowing. With the advancement of agriculture, handicrafts and commerce developed at the same time.

Architectural skill was superlative as well. Lu Ban, one of the founding fathers of architecture, lived in the Spring and Autumn period. The palaces that were built were grand and spectacular. Tiles and bronze decoration were used in palace building.

In communication, in order to meet the need of politics, military affairs and economy, many vassal states spared no effort in extending routes to remote areas. The Silk Road at that time traversed Eurasia. Thus, traffic developed enormously. Carriages were commonly used at this time.

Splendid accomplishments also can be seen from works in jade and lacquer. How prosperous was the Eastern Zhou!