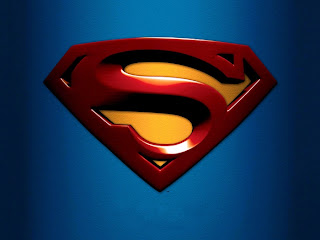 Superman Biography, The History of Superman Superman is the sole survivor of the planet Krypton. His father, Jor-El, discovered that a nuclear chain reaction was building inside Krypton that would soon shatter the entire world. Jor-El therefore had his unborn son Kal-El removed from the Kryptonian Gestation Chambers and affixed the life matrix containing Kal-El to an experimental vessel for travel through hyperspace. Jor-El launched the starcraft toward Earth just before Krypton exploded.

Superman was, in effect, born on Earth when the starcraft landed there. Jonathan and Martha Kent found the infant inside the vessel and brought him to their farm in Smallville, Kansas. Since he appeared entirely human, the Kents assumed that the baby was a victim of a cruel experiment. At this time the baby had no super powers. The Kents named the infant Clark and raised him as their own son.

As clark grew older his Kryptonian body began developing superhuman abilities. When Clark was eighteen, took him to the field where his starcraft still lay hidden and explained how he and Martha had found him. Clark resolved to use his powers from then on only for the good of mankind. After revealing his secret to his childhood friend, Lana Lang, Clark left Smallville to study at Metropolis University.

Clark initially used his powers covertly to help people and prevent or thwart disasters. Ultimately, he was forced to use his powers in public to prev ent the crash of a NASA space-plane. Thereafter he and his foster parents devised a new costumed secret identity he would adopt when using his abilities in public. They called his new persona "Superman," the name given him by Lois Lane, a reporter for the Metropolis Daily Planet who had been aboard the space-plane.

Shortly afterward, Clark obtained a job as a reporter for the Daily Planet by turning in his first detailed story about Superman. He currently enjoys a freelance status with the Planet. 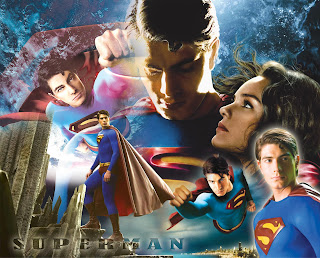 Some time ago Superman journeyed to an otherdimensional "pocket universe" that had its own Krypton and Earth. After defeating three Kryptonians native to that universe who had murdered the entire population of its Earth, Superman executed the trio, believing there was no other way to stop them. The tremendous guilt Superman felt over this act combined by the psychic manipulation by his foe Braniac, caused him to develop a temporary split personality. Believing himself to be potentially dangerous to humanity, Superman exiled himself to space, eventually taken prisoner by the forces of the alien tyrant Mongul. During this time Superman resolved never to kill again...."

Superman lives by the traditional moral values instilled in him by his foster parents. Superman is an idealist, devoted to promoting "truth, justice, and the American way," and has proved over and over that he is a true hero, capable of whatever bravery and self-sacrifice is necessary to right a wrong or save a life. 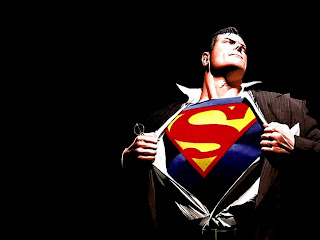 Superman Biography, The History of Superman Since Superman is a native of Krypton, a planet that had a red sun, under a yellow sun (like that of Earth's his Kryptonian cells act as living solar batteries, absorbing solar energy and giving him superhuman powers. He possesses tremendous strength; while Superman's strength is not infinite, its full extent is so grea that it has never been accurately measured. His body is virtually indesrtuctible.

Superman's sharp senses enable him to hear souns too faint to be detected by the normal human ear. His "telescopic vision" enables him to focus his sight on distant objects far beyond the range of normal human sight. His "microscopic vision" allows him to observe an object in microscopic detail. Superman's so called "x-ray vision" enables him to see clearly through solid objects. Certain dense materials, notably lead, obstruct this ability. His power to generate heat within objects manifests itself as a red glow within his eyes, and is therefore known as "heat vision."

Superman can move, react, and think at superhuman speeds greater than that of sound. He can defy gravity and fly through force of will. Superman's irradiated cells generate a force field that extends for a fraction of an inch around his body, rendering any material within the field nearly indestructible, such as his skin tight costume. (Because his cape extends beyond the field, it is easily damaged.)

Superman is vulnerable to the radiation of Kryptonite, a substance from his native planet. Kryptonite radiation will kill Superman within minutes. He is also vulnerable to magic, and to the psionic powers of some beings, such as Braniac.

Superman must fill his lungs with air before flying through outer space. He can thus survive without breathing for several hours, but ulitmately he must replenish his oxygen supply to remain alive.

A Thing About Supes and Lex
So many of you braniacs have no idea why the heck Lex hates Supes guts so much. Well it's about time you finally learned. In the Golden Age of Comics The Golden age is the beginning era of comics starting from the 1930s up through the mid-1950s, during which comic books enjoyed a surge of popularity while the debute and archetype of the superhero was created and defined. Remember, comics used to be about detective stories and mysteries and fanatasies and... space monsters abducting beautiful, bodacious women.

So now... Lex Luthor's background has undergone several changes and rewrites, but let's stick to the Golden Age. When Luthor first debuted in Action Comics #23 in 1940, he was shown with a full head of red hair. Later, the following year in Superman #10, Luthor appeared totally bald in. Go figure.

In his first appearance in Action Comics #23, Luthor (hr was not known as Lex, only Luthor) is a megalomaniacal genius who makes his home in a flying city suspended by an airship kind of like... Dr. Doom meets Lando Calrisian. Luthor first tries to ignite a war between two European nations as part of a larger plan for world domination. Bwa ha ha ha.

In Superman #4, he is later found hiding out in an underwater city, where he has been terrorizing the planet with man-made earthquakes. Remember Gene Hackman and Christopher Reeve in Superman the movie? Same thing. When confronted by Superman, Luthor challenges him to a contest of strength versus science, which is about as stupid as things can get in comics. Of course Superman agreed.

Speed ahead to the Silver Age of Comics which was the period of time between the late 1950s to the early 1970s. In Adventure Comics #271 (1962), Jerry Siegel retroactively rewrote the origin story (god only knows how many times that a retroactive rewrite has been done since then) that reveals that Lex's hatred for Superman stems from a past encounter during his youth, Lex had been an aspiring scientist and a friend of Superboy. Lex was working on some experiments that had something to do with creating an artificial newo-life form along with a cure for Kryptonite poisoning.

An accidental fire breaks out in Lex's lab, as is usually the case when creating a new life form, and Superboy arrives but, unfortunately, decides to use his super-breath to extinguish the flames, inadvertently spilling chemicals all over Lex (just like with Barry Allen but diferent) which causes Luthor to go prematurely bald. The botched rescue also destroys Lex's artificial lifeform, along with the Kryptonite cure. Believing that Superboy intentionally caused the accident, Lex attributes his actions to jealousy and vows revenge to destroy Superboy.
Posted by Saahil at 22:17