The Göktürk rulers originated from the Ashina clan, a tribe of obscure origins who lived in the northern corner of Inner Asia. Under their leadership, the Göktürk Empire rapidly expanded to rule huge territories in Central Asia. Prominent personalities of the state other than its founder Bumin were the princes Kul Tigin and Bilge Qaghan, as well as the chancellor Tonyukuk, whose life stories were recorded in the Orkhon inscriptions.
Capital    ítüken 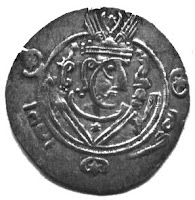 About 550 AD, Bumin Qaghan and his sons, with the help of the Chinese Wei kingdom, conquered the Rouran and took over as the main rulers of Central Asia. Today, historians call Bumin Qaghan's people the Göktürks. As their name suggests, the Göktürks were Turkish people, and they spoke a Turkic language, not Indo-European, though their empire included both Turkic people like the Uighurs and people, and even rulers, of other ethnicities. The Göktürks used their empire and their friendly alliance with China to get control of the Silk Road and the trade between the Sassanians and Wei China, which made them rich.
Posted by Saahil at 16:11