Hitory of The Love Story of Abelard and Heloise

The love story of Abelard and Heliose has endured as one of the famous and popular love stories of all times.  It is the tale of a French philospher named Peter Abelard (1079-1142), one of the greatest thinkers of the Middle Ages, but because his teachings were controversial, he soon was accused of heresy. 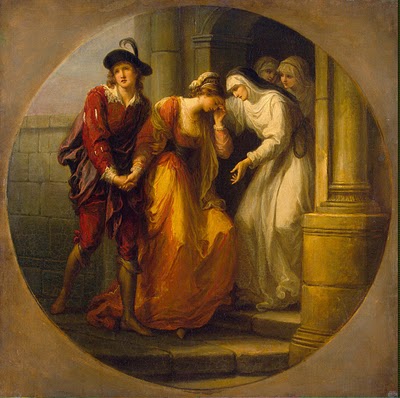 Heliose ( 1101- 1164) was a well educated niece of a prominent cleric named Canon Fulbert.  It was through Canon Fulbert that Heloise and Abelard met.

In 1117 Abelard went to live at the house of Canon Fulbert of the Cathedral of Notre Dam as a border.  The moment he laid eyes on Heloise, he was intrigued by her beauty and intelligence.  He wanted to get to know her more so he convinced Canon Fulbert to let him tutor Heloise. Abelard was twenty years her senior.


The two fell in love and before long, Heliose found herself pregnant.  Abelard wanted to marry Heloise even though he would lose his job.  But Heloise refused his suit, citing that their marriage would impede his work because it would bring disgrace upon him. But Abelard refused to give up.  After much persistence, he convinced her to marry him in secret.  Heloise gave birth to their son.  Abelard hated keeping his marriage and new family a secret and he longed to tell Canon Fulbert regardless of the risk to his career.  Yet, he kept the secret.  Canon Fulbert somehow learned about their marriage.  Enraged that Abelard has ruined his niece, Fulbert sent some unsavory men to break into Abelard's quarters and castrate him. Once he recovered, in humiliation, Abelard entered the Abbey of St Denis and took his vows as a monk.  Heartbroken, and knowing in her heart that she wanted no other man, Heloise left her son with her sister and became a nun, despite Abelard's protestations. In her convent, she rose in rank due to her literacy and ability to manage.

But even monastic life couldn't keep the two lovers apart.  In 1132 they began to communicate with each other again, face-to-face. 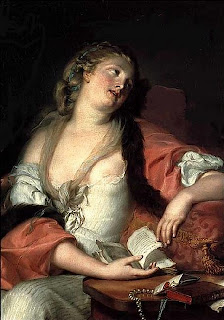 Abelard soon discovered monastic life to be an unhappy, austere one.  Although he remained as a monk, he   resumed his profession as a teacher and lecturer. Abelard founded a Beneductine monastery and chapel known as the Oratory of Paraclete in Ferreux-Quincey, France. He left the Abbey of Saint Denis in 1121 and joined the Abbey at Saint-Gildas-de-Rhuys, near Vannes, Brittany, and became their abbot.  Abelard gifted the Oratory of Paraclete to Heloise who became its prioress .

Abelard spent the last months of his life under the care of Peter, the Venerable of Cluny. After his death he was buried at Paraclete, the chapel he founded and loved.

After her death, Heliose was buried beside Abelard. They lie together in a single tomb.

The love letters they exchanged throughout their lives endure and are treasured as examples of exquisite French Literature.

I LOVE COMMENTS
Posted by Saahil at 12:49