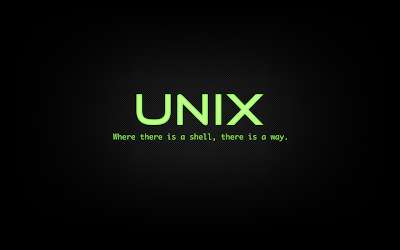 Since it began to escape from AT&T's Bell Laboratories in the early 1970's, the success of the UNIX operating system has led to many different versions: recipients of the (at that time free) UNIX system code all began developing their own different versions in their own, different, ways for use and sale. Universities, research institutes, government bodies and computer companies all began using the powerful UNIX system to develop many of the technologies which today are part of a UNIX system.

Computer aided design, manufacturing control  systems, laboratory simulations, even the Internet itself, all began life with and because of UNIX systems. Today, without UNIX systems, the Internet would come to a screeching halt. Most telephone calls could not be made, electronic commerce would grind to a halt and there would have never been "Jurassic Park"!

By the late 1970's, a ripple effect had come into play. By now the under- and post-graduate students whose lab work had pioneered these new applications of technology were attaining management and decision-making positions inside the computer system suppliers and among its customers. And they wanted to continue using UNIX systems.

Soon all the large vendors, and many smaller ones, were marketing their own, diverging, versions of the UNIX system optimized for their own computer architectures and boasting many different strengths and features. Customers found that, although UNIX systems were available everywhere, they seldom were able to interwork or co-exist without significant investment of time and effort to make them work effectively. The trade mark UNIX was ubiquitous, but it was applied to a multitude of different, incompatible products.

In the early 1980's, the market for UNIX systems had grown enough to be noticed  by industry analysts and researchers. Now the question was no longer "What is a UNIX system?" but "Is a UNIX system suitable for business and commerce?" 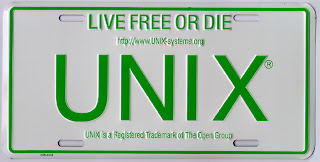 Throughout the early and mid-1980's, the debate about the strengths and weaknesses of UNIX systems raged, often fuelled by the utterances of the vendors themselves who sought to protect their profitable proprietary system sales by talking UNIX systems down. And, in an effort to further differentiate their competing UNIX system products, they kept developing and adding features of their own.

In 1984, another factor brought added attention to UNIX systems. A group of vendors concerned about the continuing encroachment into their markets and control of system interfaces by the larger companies, developed the concept of "open systems."

Open systems were those that would meet agreed specifications or standards. This resulted in the formation of X/Open Company Ltd whose remit was, and today in the guise of The Open Group remains, to define a comprehensive open systems environment. Open systems, they declared, would save on costs, attract a wider portfolio of applications and competition on equal terms. X/Open chose the UNIX system as the platform for the basis of open systems.

Although UNIX was still owned by AT&T, the company did little commercially with it until the mid-1980's. Then the spotlight of X/Open showed clearly that a single, standard version of the UNIX system would be in the wider interests of  the industry and its customers. The question now was, "which version?".

In a move intended to unify the market in 1987, AT&T announced a pact with Sun Microsystems, the leading proponent of the Berkeley derived strain of UNIX. However, the rest of the industry viewed the development with considerable concern. Believing that their own markets were under threat they clubbed together to develop their own "new" open systems operating system. Their new organization was called the Open Software Foundation (OSF). In response to this, the AT&T/Sun faction formed UNIX International.

The ensuing "UNIX wars" divided the system vendors between these two camps clustered around the two dominant UNIX system technologies: AT&T's System V and the OSF system called OSF/1. In the meantime, X/Open Company held the center ground. It continued the process of standardizing the APIs necessary for an open operating system specification.

In addition, it looked at areas of the system beyond the operating system level where a standard approach would add value for supplier and customer alike, developing or adopting specifications for languages, database connectivity, networking and mainframe interworking. The results of this work were published in successive X/Open Portability Guides.

XPG 4 was released in October 1992. During this time, X/Open had put in place a brand program based on vendor guarantees and supported by testing. Since the publication of XPG4, X/Open has continued to broaden the scope of open systems specifications in line with market requirements. As the benefits of the X/Open brand became known and understood, many large organizations began using X/Open as the basis for system design and procurement. By 1993, over $7 billion had been spent on X/Open branded systems. By the start of 1997 that figure has risen to over $23 billion. To date, procurements referencing the Single UNIX Specification amount to over $5.2 billion.

In early 1993, AT&T sold it UNIX System Laboratories to Novell which was looking for a heavyweight operating system to link to its NetWare product range. At the same time, the company recognized that vesting control of the definition (specification) and trademark with a vendor-neutral organization would further facilitate the value of UNIX as a foundation of open systems. So the constituent parts of the UNIX System (source code/technology and specification/trademark), previously owned by a single entity are now quite separate

For over twenty years, since the inception of X/Open, UNIX had been closely linked with open systems. X/Open, now The Open Group, continues to develop and evolve the Single UNIX Specification and associated brand program on behalf of the IT community. The freeing of the specification of the interfaces from the technology is allowing many systems to support the UNIX philosophy of small, often simple tools , that can be combined in many ways to perform often complex tasks. The stability of the core interfaces preserves existing investment, and is allowing development of a rich set of software tools. The Open Source movement is building on this stable foundation and is creating a resurgence of enthusiasm for the UNIX philosophy. In many ways Open Source can be seen as the true delivery of Open Systems that will ensure it continues to go from strength to strength.
1969     The Beginning     The history of UNIX starts back in 1969, when Ken Thompson, Dennis Ritchie and others started working on the "little-used PDP-7 in a corner" at Bell Labs and what was to become UNIX.
1971     First Edition     It had a assembler for a PDP-11/20, file system, fork(), roff and ed. It was used for text processing of patent documents.
1973     Fourth Edition     It was rewritten in C. This made it portable and changed the history of OS's.
1975     Sixth Edition     UNIX leaves home. Also widely known as Version 6, this is the first to be widely available out side of Bell Labs. The first BSD version (1.x) was derived from V6.
1979     Seventh Edition     It was a "improvement over all preceding and following Unices" [Bourne]. It had C, UUCP and the Bourne shell. It was ported to the VAX and the kernel was more than 40 Kilobytes (K).
1980     Xenix     Microsoft introduces Xenix. 32V and 4BSD introduced.
1982     System III     AT&T's UNIX System Group (USG) release System III, the first public release outside Bell Laboratories. SunOS 1.0 ships. HP-UX introduced. Ultrix-11 Introduced.
1983     System V     Computer Research Group (CRG), UNIX System Group (USG) and a third group merge to become UNIX System Development Lab. AT&T announces UNIX System V, the first supported release. Installed base 45,000.
1984     4.2BSD     University of California at Berkeley releases 4.2BSD, includes TCP/IP, new signals and much more. X/Open formed.
1984     SVR2     System V Release 2 introduced. At this time there are 100,000 UNIX installations around the world.
1986     4.3BSD     4.3BSD released, including internet name server. SVID introduced. NFS shipped. AIX announced. Installed base 250,000.
1987     SVR3     System V Release 3 including STREAMS, TLI, RFS. At this time there are 750,000 UNIX installations around the world. IRIX introduced.
1988           POSIX.1 published. Open Software Foundation (OSF) and UNIX International (UI) formed. Ultrix 4.2 ships.
1989           AT&T UNIX Software Operation formed in preparation for spinoff of USL. Motif 1.0 ships.
1989     SVR4     UNIX System V Release 4 ships, unifying System V, BSD and Xenix. Installed base 1.2 million.
1990     XPG3     X/Open launches XPG3 Brand. OSF/1 debuts. Plan 9 from Bell Labs ships.
1991           UNIX System Laboratories (USL) becomes a company - majority-owned by AT&T. Linus Torvalds commences Linux development. Solaris 1.0 debuts.
1992     SVR4.2     USL releases UNIX System V Release 4.2 (Destiny). October - XPG4 Brand launched by X/Open. December 22nd Novell announces intent to acquire USL. Solaris 2.0 ships.
1993     4.4BSD     4.4BSD the final release from Berkeley. June 16 Novell acquires USL
Late 1993     SVR4.2MP     Novell transfers rights to the "UNIX" trademark and the Single UNIX Specification to X/Open. COSE initiative delivers "Spec 1170" to X/Open for fasttrack. In December Novell ships SVR4.2MP , the final USL OEM release of System V
1994     Single UNIX Specification     BSD 4.4-Lite eliminated all code claimed to infringe on USL/Novell. As the new owner of the UNIX trademark, X/Open introduces the Single UNIX Specification (formerly Spec 1170), separating the UNIX trademark from any actual code stream.
1995     UNIX 95     X/Open introduces the UNIX 95 branding programme for implementations of the Single UNIX Specification. Novell sells UnixWare business line to SCO. Digital UNIX introduced. UnixWare 2.0 ships. OpenServer 5.0 debuts.
1996           The Open Group forms as a merger of OSF and X/Open.
1997     Single UNIX Specification, Version 2     The Open Group introduces Version 2 of the Single UNIX Specification, including support for realtime, threads and 64-bit and larger processors. The specification is made freely available on the web. IRIX 6.4, AIX 4.3 and HP-UX 11 ship.
1998     UNIX 98     The Open Group introduces the UNIX 98 family of brands, including Base, Workstation and Server. First UNIX 98 registered products shipped by Sun, IBM and NCR. The Open Source movement starts to take off with announcements from Netscape and IBM. UnixWare 7 and IRIX 6.5 ship.
1999     UNIX at 30     The UNIX system reaches its 30th anniversary. Linux 2.2 kernel released. The Open Group and the IEEE commence joint development of a revision to POSIX and the Single UNIX Specification. First LinuxWorld conferences. Dot com fever on the stock markets. Tru64 UNIX ships.
2001     Single UNIX Specification, Version 3     Version 3 of the Single UNIX Specification unites IEEE POSIX, The Open Group and the industry efforts. Linux 2.4 kernel released. IT stocks face a hard time at the markets. The value of procurements for the UNIX brand exceeds $25 billion. AIX 5L ships.
2003     ISO/IEC 9945:2003     The core volumes of Version 3 of the Single UNIX Specification are approved as an international standard. The "Westwood" test suite ship for the UNIX 03 brand. Solaris 9.0 E ships. Linux 2.6 kernel released.
2007         Apple Mac OS X certified to UNIX 03.
2008     ISO/IEC 9945:2008     Latest revision of the UNIX API set formally standardized at ISO/IEC, IEEE and The Open Group. Adds further APIs
2009     UNIX at 40     IDC on UNIX market -- says UNIX $69 billion in 2008, predicts UNIX $74 billion in 2013
2010     UNIX on the Desktop     Apple reports 50 million desktops and growing -- these are Certified UNIX systems.
Posted by Saahil at 00:07