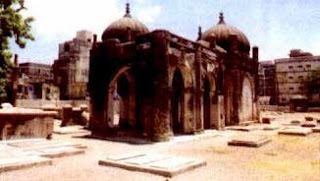 The city is situated on the left bank of the Tapti River, 14 miles from its mouth. The Population of Surat with its twin city Navsari is above 6.2 million as of 2010. A moat divides the older parts of the city, with its narrow streets and handsome houses, and the newer suburbs. The city is largely recognized for its textile and diamond businesses. It is also known as the diamond capital of the world and the textile capital of India. 92% of the world’s diamonds are cut and polished in Surat. Surat is also the Third cleanest city in India after Chandigarh and Mysore. Surat was once the largest city in India. It has one of the highest GDP growth rates in India at 11.5% as of 2008. Surat was the primary port of India during the Mughal period, a distinction it lost to Bombay during the British Raj. 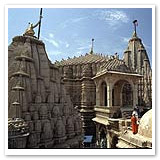 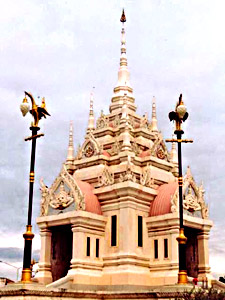 Surat is mentioned in the Sanskrit epic, the Mahābhārata when Lord Krishna stopped there en route from Mathura to Dwarka. According to other later Sanskrit records, the area was ruled by the Western Chālukyas in 610 CE, and continued to be ruled by Hindu kings until it was captured by one of the generals of Quṭbuddīn Aibak. The Parsis started to settle there in the 12th century, and added greatly to its prosperity. In the early centuries during the reign of Rishika Lekhadia, the port of Surat was used as the gateway to Mecca for pilgrims of the Hajj from India’s interior regions. Both the Makkai Pool and the Mughal Sarai guest house for hajjis (pilgrims) are indicators of this historical significance.

Local traditions state that the city was founded in the last years of the fifteenth century by a Brahman named Gopi, who called it Suryapūr (City of the Sun). In 1512 and 1530 Surat was burned and ravaged by the Portuguese Empire who were trying to maintain influence in the area. In 1513, the Portuguese traveler, Duarte Barbosa, described Surat as an important seaport, frequented by many ships from Malabar and various parts of the world. By 1520, the name of the city was Surat.

Surat eclipsed Khambhat as the major port of western India, when Khambhat’s harbour began to silt up by the end of fifteenth century. During the reigns of the Mughal emperor Akbar, Jahāngīr and Shāh Jahān, Surat rose to become a chief commercial city of India and an imperial mint was established there. As the major port on the west coast of India, Surat also served as the port for the Hajj to Mecca. At the end of the 16th century, the Portuguese were undisputed masters of the Surat sea trade. There still is a picturesque fortress on the banks of the river built in 1540.

In 1608, ships from the British East India Company started docking in Surat, using it as a trade and transit point. In 1613, the British Captain Best, followed by Captain Downton, overcame Portuguese naval supremacy and obtained an imperial firman establishing a British factory at Surat following the Battle of Swally. The city was made the seat of a presidency under the British East India Company after the success of the embassy of Sir Thomas Roe to the court of emperor Jehangir. The Dutch also founded a factory.

At its zenith, Surat was popularly viewed as the city of Kubera, the God of Wealth. In 1664 the Maratha King Shivaji attacked Surat, a key Mughal power centre, and a wealthy port town which generated a million rupees in taxes. (see- Battle of Surat). When Shivaji arrived in Surat, he demanded tribute from the Mughal commander of the army stationed for port security. The tribute was refused and instead of battling the Marathas, the Mughal commander(Stationed at the Surat fort) sent an emissary to assassinate Shivaji, but in vain. Shivaji conquered the city and forces under his command exacted their revenge. Shivaji’s army sacked Surat for nearly 3 weeks, looting both the Mughal and Portuguese trading centers. Men’s were killed but the poor were spared.

The prosperity of Surat received a fatal blow when Bombay was ceded to the British as part of the dowry for Catherine of Braganza’s wedding to Charles II in 1662. Shortly afterwards, in 1668, the British East India company established a factory in Bombay (Mumbai) and Surat began its relative decline concurrent with the rise of British interests in Bombay.

Surat was sacked again by Shivaji in 1670. By 1687, the British East India Company had moved the presidency to Bombay. At its height, Surat’s population reached an estimated 800,000, but by the middle of the 19th century the number had fallen to 80,000. The British took control of Surat again in 1759, and assumed all government powers of the city in 1800.

The city and the surrounding district remained comparatively tranquil during British rule. Even during the Revolt of 1857 (also known as the first struggle for India’s independence), peace was not disturbed, owing to the largely mercantile interests of the local population.In the 19th century the Bawamia family was the wealthiest and most powerful family in the city of Surat, they were also heavily involved in the development of the city by focusing on maximizing exports to increase revenue and hence increase savings which led to investment in the diamond industry.

A fire and a flood in 1837 destroyed many of buildings of Surat. Among the interesting monuments that survive that destruction are the tombs of English and Dutch merchants and their families, dating to the 17th century, including those of the Oxenden brothers.

By the early 20th century, the population had slowly climbed to 119,306 and Surat was a center of trade and manufacturing, although some of its former industries, such as shipbuilding, were extinct. There were cotton mills, factories for ginning and pressing cotton, rice-cleaning mills and paper mills. Fine cotton goods were woven on hand-looms, and there were special manufactures of silk brocade and gold embroidery (known as Jari). The chief trades were organized in guilds. Manufacturing and trading brought an eclectic mix of ethnicity to the city, making Surat’s culture unique.

In 1992, violent riots took place between Hindus and Muslims, the first and worst of their kind in the modern history of Surat. In 1994, a combination of heavy rains and blocked drains led to flooding of the city. A number of dead street animals and public waste were not removed in time and a plague epidemic spread through the city, which caused a number of countries to impose travel and trade sanctions. The municipal commissioner during that time, S. R. Rao and the people of Surat worked hard in the late 1990s to clean the city.

Old English & Dutch Cemetery
The structure of the Old English and Old Dutch cemeteries in Surat is dominated by the largest monuments of Europeans in all over India. These graves are also some of the oldest tombs which have survived from the earliest times of British and Dutch activities at Surat.

The English traders settled in Surat in 1608 followed by the Dutch in 1617. French and also Swedes – even for just a short period – commenced trading-enterprises here. However, it seems that there are no re-mainders of their burial culture left today. Along with the Dutch also Armenian traders left a quite big cemetery in Surat. Both nations share the same burial ground only separated by a wall.
Posted by Saahil at 23:53