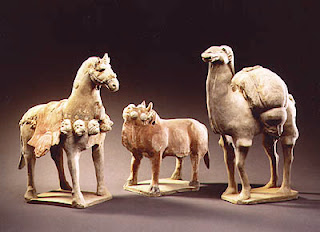 By the end of the Northern and Southern Dynasties (420-589), China had witnessed disunity and chaos for about 270 years.

In 577, the Northern Zhou conquered the Northern Qi and reunified the North China. The Northern Zhou, known as the reign of Yuwen family of the Xianbei ethnic group, continued for 24 years with five emperors over three generations.In 581, Yangjian, a relative of the royal family, usurped the throne and renamed the empire the Sui Dynasty with Chang'an (present Xian City in Shaanxi Province) as his capital city. Yangjian was historically called Emperor Wen.

After the founding of the empire, Emperor Wen quickly carried out a series of military plans to unify the country. Finally in 589, Emperor Wen wiped out the Chen Dynasty and reunified the south and the north. 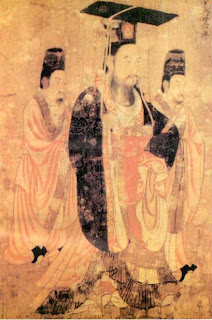 Sui Dynasty lasted for only 38 years with two generations. History shows it was one of the short-lived Chinese dynasties. The Sui Dynasty's early demise was attributed to the government's tyranny and ceaseless wars.

Emperor Wen died unexpectedly in 604 and his second son Yangguang, historically known as Emperor Yang, succeeded to the throne.

In the early part of his reign Emperor Yang benefited from the reforms introduced by his father and the Sui Dynasty achieved full economic prosperity.

However, lulled by his easy success, Emperor Yang soon began to abuse his power. On the one hand, he continued to carry out lavish construction projects, such as the Great Wall, the Great Canal and the relocation of his capital in Luoyang.

On the other, he repeatedly went on pleasure trips and all too frequently launched wars on his neighbors. Some of Emperor Yang's policy did contributed a lot to the social development and the stability of the country, however, they made the ordinary people 'all out at the elbows'.

Emperor Yang's extravagance and putridness finally led to the exhaustion of the country's resources. Beginning in 613, rebellions broke out one by one. In 616, forced by the chaotic situation, Emperor Yang, retreated to Jiangdu (present Yangzhou City in Jiangsu Province).

With the emperor absent, Liyuan, a general stationed in Taiyuan, conquered Chang'an and put a new emperor on the throne.

In 618, Emperor Yang was murdered in Jiangdu by one of his aides. Quickly, Liyuan deposed the new emperor and established his own dynasty in Chang'an - the Tang Dynasty, declaring himself Emperor

Viewing the Chinese history record, you will find the Tang Dynasty was the most glistening historic period in China's history. Founded in 618 and ending in 907, the state, under the ruling of the Tang Dynasty, became the most powerful and prosperous country in the world. Particularly, in this glorious period, the economy, politics, culture and military strength reached an unparalleled advanced level. 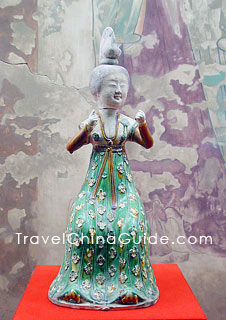 At the end of Sui Dynasty (581 - 618), the whole country fell into chaos due to the tyranny of Emperor Yang; rebellions roused by peasants were everywhere. Resenting Emperor Yang's ruling, the chief officer of Taiyuan - Li Yuan, who was also known as Tangguo Gong (a vassal in Sui Court) raised an army in Taiyuan from May 617. In November of the same year, Li Yuan's army captured the capital city Chang'an (currently Xian) and put a new monarch, Yang You, on the throne as Emperor Gong. Meanwhile, Li Yuan proclaimed himself Da Chengxiang (prime minister) and Tang Wang (King of Tang). In 618 after Emperor Yang was killed by his chancellor, Yuwen Huaji, Li Yuan seized the chance to proclaim himself emperor and changed the state title into Tang, still with Chang'an as the capital city. 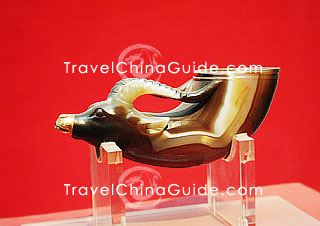 The first glorious period was from 627 to 649 when the Tang Dynasty was just set up and its national strength was recovering from the previous weak condition. Under Emperor Taizong Li Shimin's wise governing, the national strength and social development of the Tang Dynasty reached an unparalleled prosperity - economy and commerce flourished, the social order was stable, corruption never existed in the court and the national boundaries were even open to foreign countries.

After Li Shimin died, the throne passed to his ninth son Li Zhi who was later crowned as Emperor Gaozong and married Li Shimin's imperial concubine Wu Meiniang. Wu Meiniang was officially named Wu Zetian and afterwards became the empress. Actually it was Wu Zetian who had the real power during Emperor Gaozong's reign since the emperor suffered from bad health. After Li Zhi died, Wu successively enthroned and dethroned her two sons - Li Xian and Li Dan. In 690, disregarding the objections and criticisms of all chancellors, Wu Zetian proclaimed herself Emperor Shengshen and established a new dynasty - Zhou, which lasted for 15 years. During her reign, the state economy continued to develop rapidly.

In 705, a coup broke out which brought one of the former emperors, Li Xian, to the throne as Emperor Zhongzong. However, Emperor Zhongzong's ruling was manipulated by his wife, Empress Wei. In 710, plotting to be the second woman emperor, Empress Wei along with Princess Anle poisoned Zhongzong. At that time, Li Longji (son of Li Dan) launched a coup with the assistance of his parental aunt Princess Taiping, killing Empress Wei and Princess Anle. After that, Li Dan was crowned as Emperor Ruizong.

The second glorious period was during Emperor Xuanzong's reign. In 712, Emperor Ruizong abdicated and Li Longji was enthroned as Emperor Xuanzong. Under his ruling, the national economy, politics and culture all developed rapidly and the social development entered a new heyday. In that period, Chang'an City was the largest and the most prosperous metropolis in the world. Since the title of Xuanzong's reign was Kaiyuan, that period was called the Heyday of Kaiyuan, in which the Tang Dynasty reached its summit of prosperity. 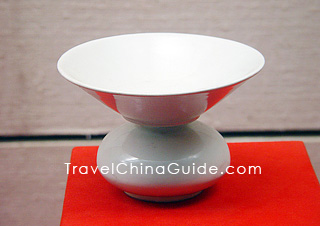 In his old age, Emperor Xuanzong was complacent and indifferent to state affairs. Hopelessly, he indulged himself in the beauty of his concubine Yang Yuhuan. Besides, he also appointed some wicked chancellors who corrupted the political order. Meanwhile, troops on the frontiers gradually gathered together and formed a powerful military force. In 755, An Lushan aligned with Shi Siming and launched a rebellion, called the An Shi Rebellion which lasted for eight years and heavily knocked the Tang regime. From then on, the national strength was weakened daily by separatist forces in local areas. Because of the incompetence of the emperors the dominance of the eunuchs and power struggles between chancellors became increasingly intense. Hence the Tang Dynasty declined from generation to generation. In 859, a large-scale peasant uprising launched by Huang Chao again severely attacked the Tang regime. In 907, the last Tang emperor, Emperor Ai was forced to abdicate by Chancellor Zhu Quanzhong, who afterwards changed the state title into Liang, finally putting the ever powerful and mighty Tang Dynasty to an end.