The Yuan dynasty was collapsed in the rivalry among the Mongo imperial heirs, natural disasters, and numerous peasants uprising. The Ming dynasty (1368-1644) was established by Zhu Yuanzhang, who was a Han Chinese peasant and former Buddhist monk turned rebel army leader.

With its capital first at Nanjing which means Southern Capital) and later at Beijing (or Northern Capital), the Ming reached the zenith of power during the first quarter of the fifteenth century.

Annam, which was called northern Vietnam, was conquered by Chinese armies. The fleets of China also sailed to the Indian Ocean and cruised to the east coast of Africa.

The maritime Asian nations sent envoys with tribute for the Chinese emperor. Internally, the Grand Canal was expanded to its farthest limits and proved to be a stimulus to domestic trade. 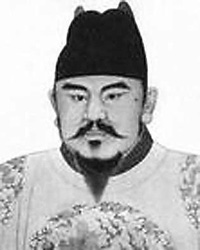 Zhu Yuangzhang in Ming DynastyThe Ming maritime expeditions stopped rather suddenly after 1433, the date of the last voyage. Historians have given as one of the reasons the great expense of large-scale expeditions at a time of preoccupation with northern defenses against the Mongols.

Opposition at court also may have been a contributing factor, as conservative officials found the concept of expansion and commercial ventures alien to Chinese ideas of government.

Pressure from the powerful Neo-Confucian bureaucracy led to a revival of strict agrarian-centered society.

The stability of the Ming dynasty, which was without major disruptions of the population (then around 100 million), economy, arts, society, or politics, promoted a belief among the Chinese that they had achieved the most satisfactory civilization on earth and that nothing foreign was needed or welcome. 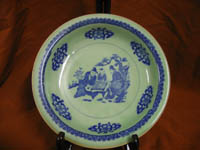 china in Ming DynastyLong wars with the Mongols, incursions by the Japanese into Korea, and harassment of Chinese coastal cities by the Japanese in the sixteenth century weakened Ming rule, which became, as earlier Chinese dynasties had, ripe for an alien takeover.

In 1644 the Manchus took Beijing from the north and became masters of north China, establishing the last imperial dynasty, the Qing (1644-1911).
Posted by Saahil at 17:49