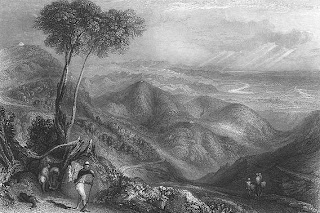 According to Skanda Purana, Dun formed part of the region called Kedar  Khand.

It  was included in the kingdom of Ashoka by the end of the 3rd  century  B.C.

It  is  revealed by history that for centuries the region formed part  of  the Garhwal kingdom with some interruption fro Rohillas. For about two  decades till 1815 it was under the occupation of the Gorkhas.  In April 1815  Gorkhas were  ousted from Garhwal region  and Garhwal was annexed by the British.  In that  year  the  area now comprising tehsil Dehra Dun was  added  to  district Saharanpur.  In 1825, however, it was transferred to the Kumaon Division.  In 1828, Dehra Dun and Jaunsar Bhabar were placed under the charge of a  separate Deputy  Commissioner and in 1829, the Dehra Dun district was transferred  from the  Kumaon  Division to  the Meerut Division.  In 1842, Dun was  attached  to Saharanpur  district and placed under an officer subordinate to the  Collector of the district but since 1871 it is being administered as separate  district. In  1968 the district was taken out from Meerut division and included  in  the Garhwal Division. 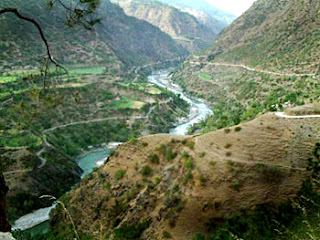 Main languages spoken in the district are Hindu, Sindhi, Punjabi, Garhwali and Urdu.

Religion-wise breakup of population is indicated below as per 1991 census:

Dehra  Dun can be divided into two distinct tracts i.e. the montane tract  and the sub-montane tract. The  montane tract covers whole Chakrata tehsil of the district  and  consists entirely  of  a  succession of mountains and  gorges  and  comprises  Jaunsar Bhabar. The mountains are very rough with steep slopes.  The most  important features of the tract is the ridge which separates the drainage are of Tons on the west from that of Yamuna on the east.

Below the montane tract follows the sub-montane tract, which is the famous Dun valley bounded by Shivalik hills in the south and outer scarp of the  Himalayas in the north. 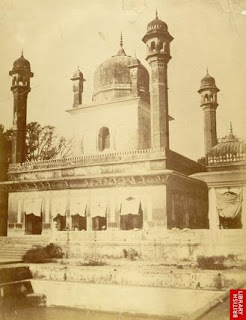 Dehra  Dun  is distinguished from most  other districts in the  state  by  the existence  of very large forests chiefly stocked with sal.  Forest  products play  an  important role in the economy of the district.  Besides, supplying fuel,  fodder,  bamboos  and medicinal herbs, they also  yield  a  variety  of products  like  honey, lac, gum, resin, catechu, wax, horns and  hides. The forests  account for 1477 sq.kms of area, giving a percentage of 43.70  of  the total area of the district. Owing  to  the  variation in altitudes and other aspects,  the  flora  of  the district vary from tropical to alpine species. Different types of forests and varying  species  of shrubs, climbing plants and grasses,  depending  upon  the aspect, altitude and soil condition are found in the district. Sal  forest  and  coniferous forests are predominant in the western  part  of tehsil  Dehra  Dun.  Chir is the only coniferous species in the  old  reserved forests  of Dehra Dun.  Besides other associates of chir, a few  deodar trees are also seen in the district. Wide ranges of sal forest occur in this  part of  the tehsil. Sal is the main timber species and is generally pure  towards the Siwalik ridges. A mixture of miscellaneous species are found in the lower parts.

In  the  eastern  part of tehsil Dehra Dun, the flora may be  divided  into a number of Botanical divisions mentioned below :

These forests are found in the Motichur and Thano forest  ranges. Low  quality of sal is found in  these forests.  The  main associates of sal are bakli and sain.

These forests are found in a large areas  in Thano  and Barkot forest ranges.  Sal is pure in the overwood and its typical associates  are sain and dhauri. the underwood growth includes  karaunda  and chameli.

These are found  in  the Kansro, Barkot, Motichur and  Thano forest ranges. These are  closed  forests from medium to good height. The main associates of sal are safed siris, jhingan, bohera and dhauri.

These forests are found on the higher  slopes of Siwaliks. In Chakrata tehsil they occur near the junction of the Tons and the Yamuna  rivers in the neighborhood of Kalsi. Sal is the  predominant  species mixed with other associates viz. bakli, sain, haldu, jhingan etc.

Besides  the above many other types of forests occur in small  belts  in  the plain of the district.

The Siwalik (outer and lower ranges of Himalayas) lies at its feet, the outer- scrap  of  the  Himalayas bound it on  the north and the scared  Ganga and the Yamuna skirt in on the east and the west respectively.  The Ganga enters  the district  in  the  eastern Dun at Tapoban and meandering  south-west  goes  to Hardwar via Raiwala near Rishikesh.  The Yamuna enters the district in Jaunsar and  flows  southwards  for  about 32 kms on  the  south-east  border  of  the district.   Besides  Ganga  and  yamuna, the other rivers  that  flow  in  the district are Asan, Suswa, Tons, Rispana, Bindal and Amalava.
Posted by Saahil at 15:22